Photography & Philanthropy: The Importance of Photographing for Charities.

Photography is one of the few art forms that genuinely has the power to inspire, educate, and persuade.   Plus, it provides an outlet for people to generate an emotional connection with an idea or cause.  Images create an almost instant impact for the viewer, whether it be positive or negative about the subject matter.  Throughout my career, I have been obsessed with photojournalism and documentary photography.  The reason for this is that I want the images I shoot to tell a visually compelling story, whether it’s just a single image or an entire group.  The best way I know how to express myself is through photojournalism.

One of the greatest opportunities I have had over the years as a photographer has been giving back to my community by dedicating a few hours of my time and talent every so often in support of a good cause.  Sure, it’s great making money, but sometimes it’s even more important to do a little pro bono work to support those in need.  There's no better feeling than brightening someone's day simply by volunteering your time.  Although what you're doing may not seem like a big deal, it may mean the world to someone else because you never know what they've been through.

Over the past couple of years, I have had the pleasure of shooting the Pancreatic Cancer Action Network PurpleStride in Las Vegas.  PanCAN is a nationwide organization providing research, patient services, and fundraising efforts in the fight against pancreatic cancer.  Currently, the 5-year survival rate of pancreatic cancer is only at 9%.  This was the third year for the event in Las Vegas, and a total of $103,000 was raised.  Below is a set of images of the event that attempt to tell the story of those who wage hope in their fight against pancreatic cancer. 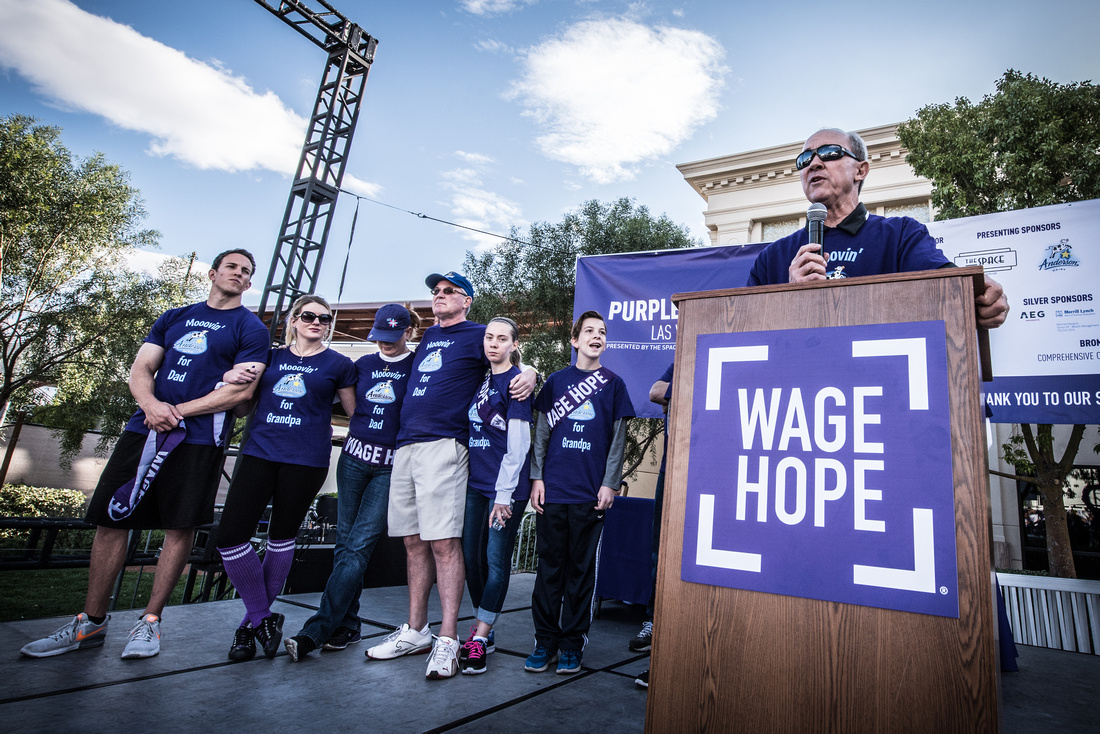 Dave Coon, President of Anderson Dairy, speaks to the crowd at the Pancreatic Cancer Action Network PurpleStride 2017 in Las Vegas. He is joined by the family and friends of Harold Bellanger, who passed away last June after battling pancreatic cancer. Harold helped run the dairy for over 60 years. 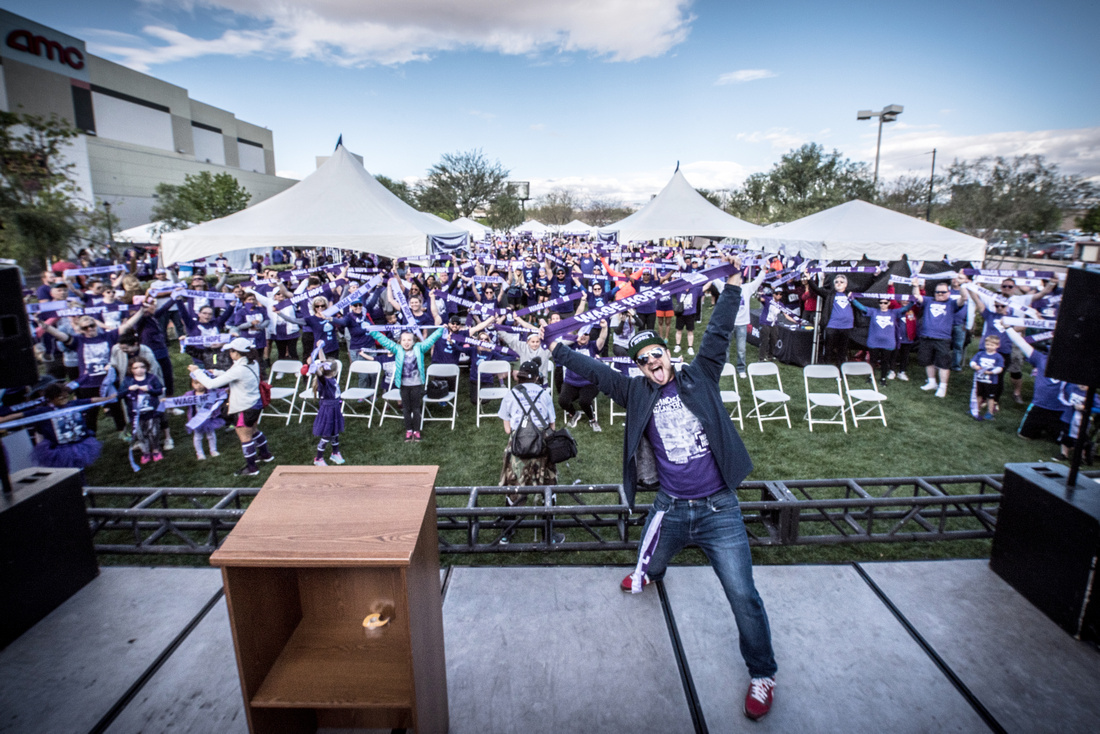 Mark Shunock, Owner of The Space, pumps up the crowd during the opening ceremonies of the Pancreatic Cancer Action Network PurpleStride 2017 in Las Vegas. 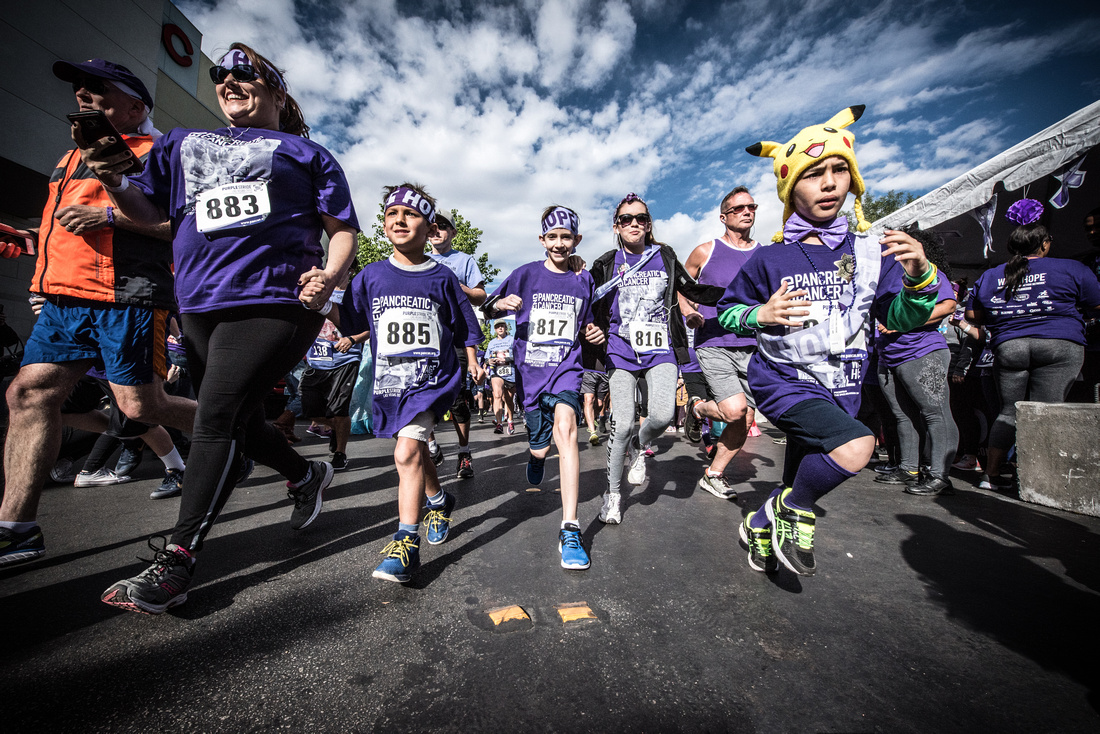 Family members lift each others arms in victory as they cross the finish line at the Pancreatic Cancer Action Network PurpleStride 2017 in Las Vegas. 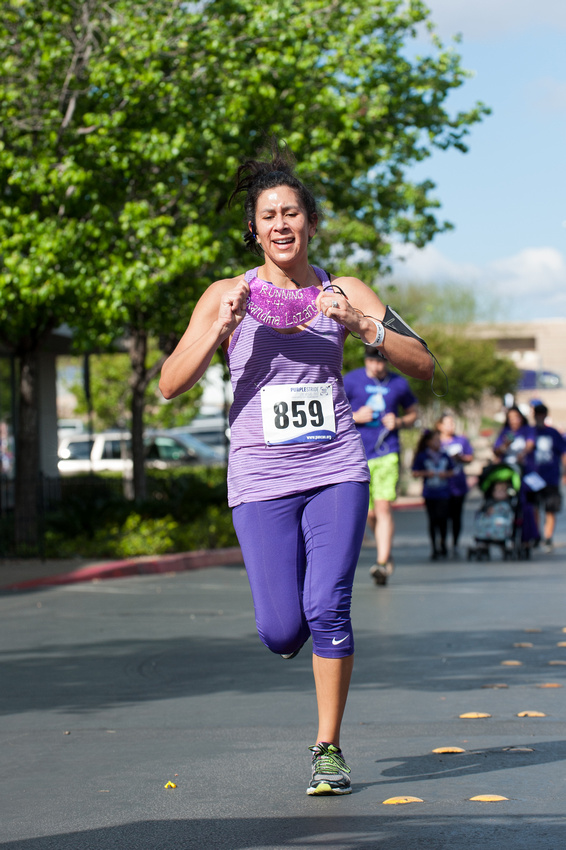 Mica Keller runs towards the finish line as she holds up a sign that says she's running for her grandmother. 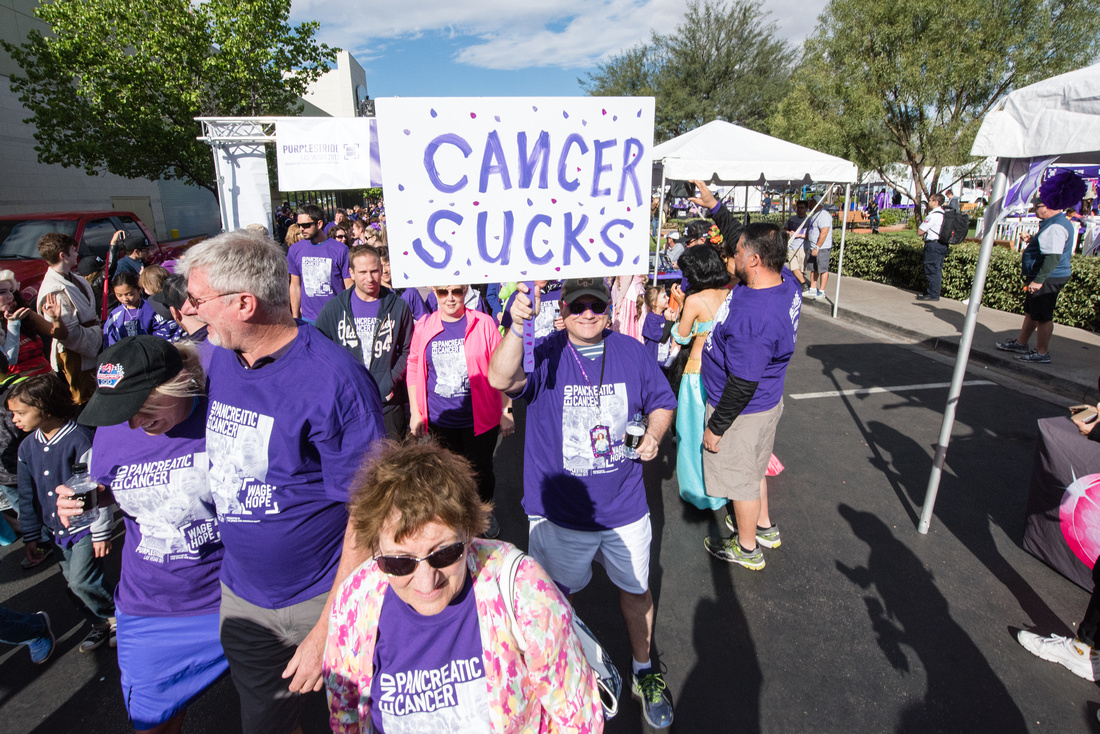 A participant holds a "Cancer Sucks" sign in the air after crossing the finish line. 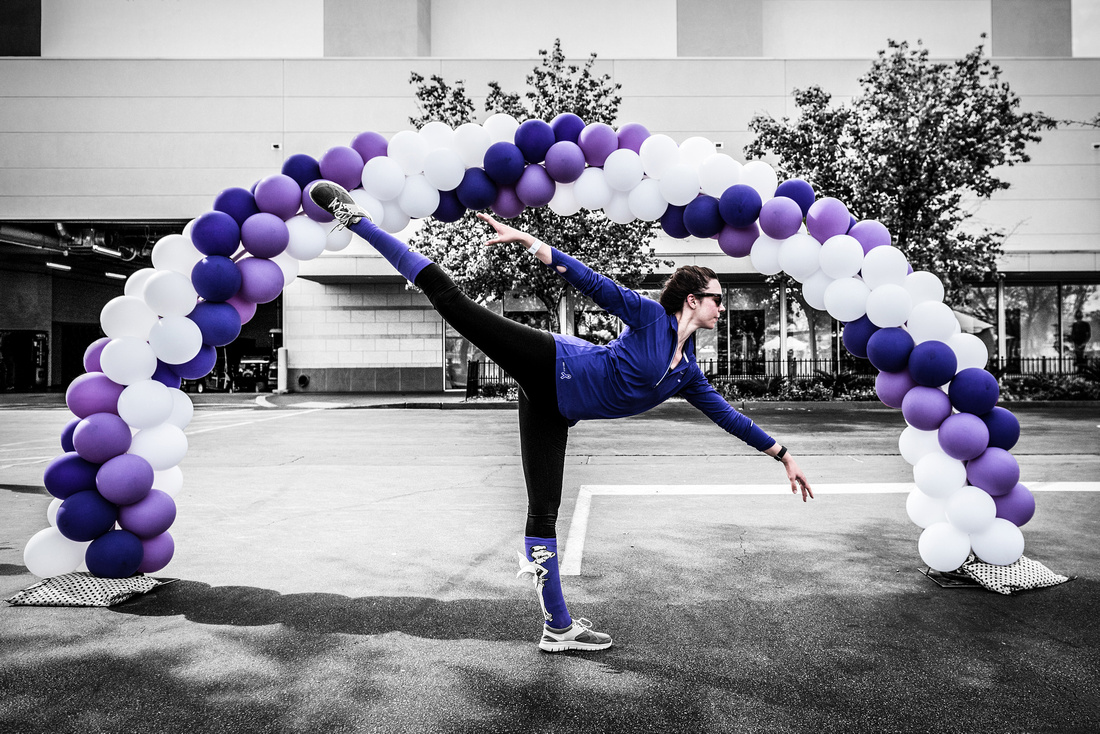 A young woman performing an arabesque ballet pose under a balloon arch at the Pancreatic Cancer Action Network PurpleStride 2017 in Las Vegas. 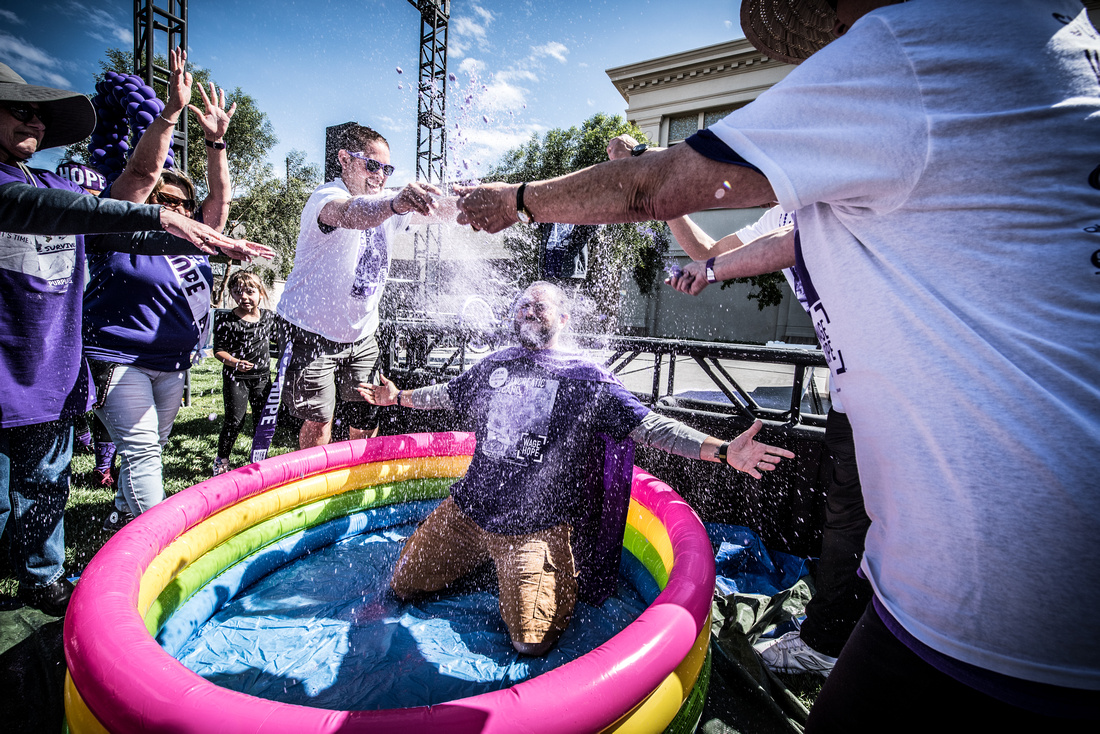 Big D, radio host for 95.5 The Bull, pays up his end of the bet at the Pancreatic Cancer Action Network PurpleStride 2017 in Las Vegas. 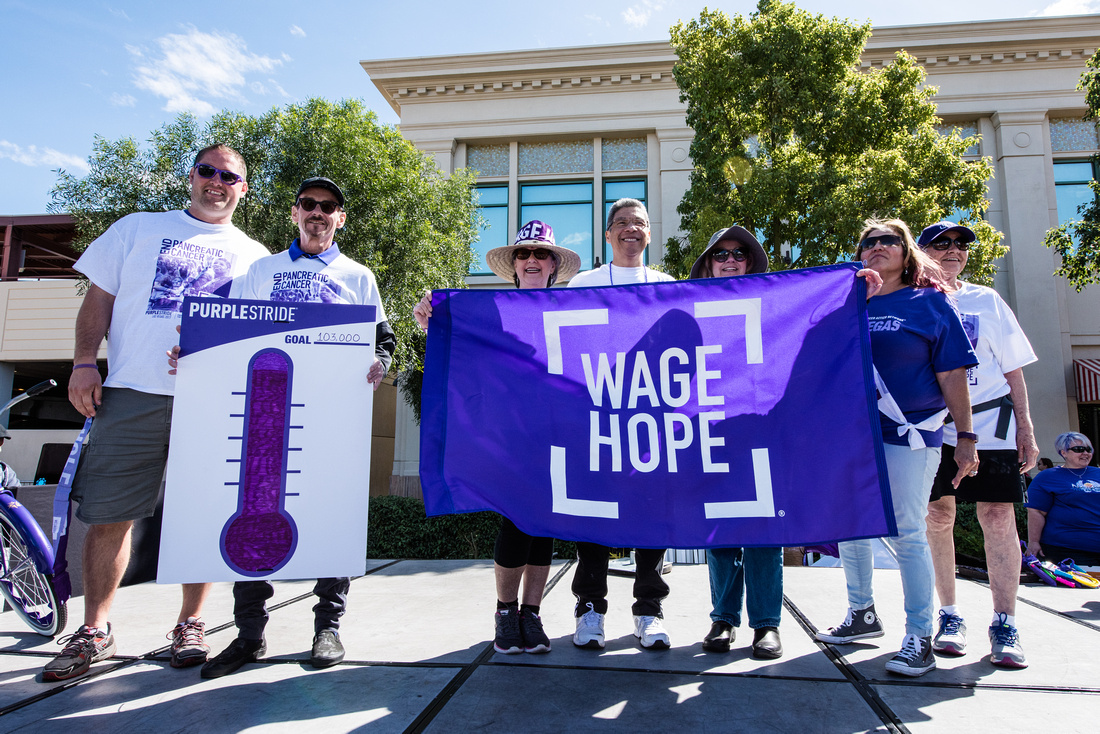 The pancreatic cancer survivors in attendance hold up the Wage Hope banner, along with a sign indicating that they have reached their goal for this year's event.


"You beat cancer by how you live, why you live, and in the manner in which you live."

To see more images from this event please visit the gallery here.  Thanks for stopping by this week.  If you have any questions or comments please leave them below.